Catholic Guilt – Melbourne, Australia – This is what honesty sounds like. 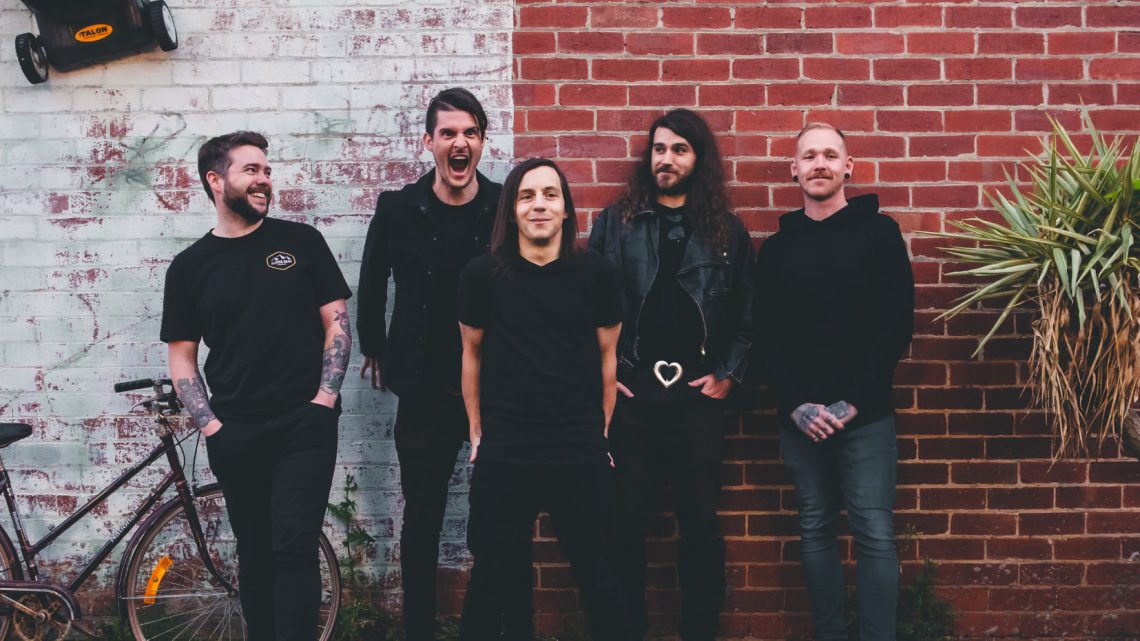 Who are Catholic Guilt?
—

Released in April, 2018 in a jam-packed Reverence Hotel, the band’s debut EP Hymnbook Volume 1 struck a chord with listeners worldwide, with the sonically diverse yet still cohesive collection of songs earning rave reviews from fans and media outlets alike.

Singles “Counterfeit Guitars” and “Paper and Ink” received frequent airplay on Triple J, including a coveted spot on 2018 with Richard Kingsmill, Home and Hosed with Declan Byrne, “Paper and Ink” finding particular favour with Short.Fast.Loud host Joshua Merriel who included the track in his top 10 releases of 2018.

Having hit stages all-across the Aussie eastern seaboard in 2018, in support of some of the Aussie scenes best acts, Catholic Guilt hit 2019 in blistering form with the fierce anti-church child abuse cover up anthem “The Awful Truth” debuting on Triple J and landing on multiple Spotify editorial playlists, with the accompanying video picking up over 10k views and the band packing out the Grace Darling Hotel in Collingwood for the launch.

Fresh off the success of “The Awful Truth” and having their now-iconic “Lucy Furr” shirt BANNED from several schools, workplaces and churches (yes, really) Catholic Guilt kept the momentum going with the follow-up single “Song of the Renter.” A distinctly Australian flavoured rocker with tongue-in-cheek lyrics and a defiant punk rock spirit which debuted on Triple J’s Short.Fast.Loud, before finding favour with the likes of Richard Kingsmill (“The confidence and vision behind this band is what continues to draw me in. They're doing their influences proud.”), Declan Byrne ("This is so specific but this song takes me to that you am I gig in the mint from like 2006, I think I saw it on J TV. People were dressed up from the convict era and it was a big love-in. This feels like that with the big singalong and the relatable af lyrics"), Sally Coleman ("I'm new to the CG train but toot toot mutha flippas, I'm all aboard") and the man with a name that became a meme, Max Quinn (I’m really growing to admire this band”). The single launch saw the band pack out Bombay Rock in Brunswick, with the accompanying video debuting via Music Feeds in February 2020.

In June 2020 Catholic Guilt announced that they have signed with California based indie Wiretap Records for the release of their new EP “This Is What Honesty Sounds Like” which will be released on 28 August.

Catholic Guilt released a new single “A Boutique Affair” on 24 July, following a worldwide radio premiere on Triple J’s Short.Fast.Loud. The track's video received a premiere and a glowing review from PopMatters who said of the track “a blast of deeply melodic, highly energetic rock 'n' roll that taps into feelings of separation and isolation while also providing listeners with a sense of unbridled uplift.”

Having shared the stage with the likes of Danny Worsnop (UK), The Bennies, He Is We (USA), The Bottlers, Chasing Ghosts + more, Catholic Guilt are ready to take on the world, having been announced to play FEST 19 in Florida in 2021 alongside a stack of punk rock royalty.

Music Video
Song of the Renter

For all booking and other enquiries, please complete the form below.